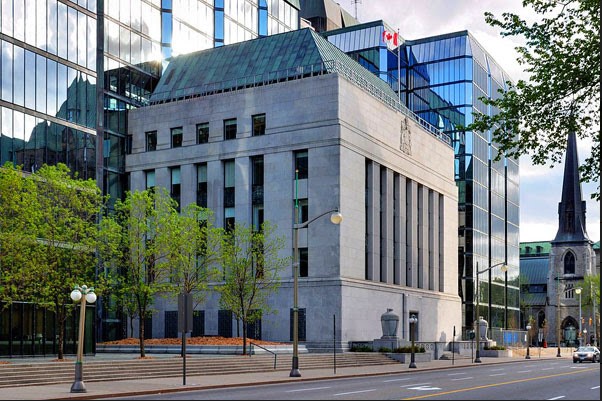 Inflation in Canada grew at a pace not seen since 1983, further increasing the likelihood of an “oversized” rate hike of 75 basis points at the Bank of Canada’s next meeting in July.

The Consumer Price Index (CPI) accelerated to an annual rate of 7.7% in May. That’s a 1.4% increase from April, and more inflation than Canadians had to contend with in all of 2015, as economists from Desjardins noted.

Core inflation, based on an average of three key measures that strip out the most volatile basket items, rose to 4.73%, up from 4.23% in April. That’s the highest it’s reached since 1990.

The biggest contributors to the increase were rising prices for gasoline (+12% month-over-month), hotels and cars. Food prices were up 8.8% year-over-year, while shelter inflation was up 7.4% and homeowners’ replacement cost was up 11.1% (down slightly as new home prices start to decline).

“A generation of Canadians is experiencing high inflation for the first time. If you aren’t over 40, you have never lived through inflation like this, and unfortunately, we are not expecting much of a reprieve going forward,” wrote senior TD economist Leslie Preston.

“Inflation is expected to remain elevated through 2022 as outlined in our recent forecast,” she added. “On the shelter side, we are likely to see a continuation of rent price increases alongside rising mortgage interest costs. This will be balanced against the impact of declining house prices.”

What it means for interest rates

May’s inflation reading was higher than what analysts had forecast (+7.4%), which fuelled expectations for an “oversized” Bank of Canada rate hike at its next meeting on July 13.

Bond markets are now pricing in roughly 77% odds of a 75-bps rate hike at the BoC’s next meeting on July 13. Similarly, the U.S. Federal Reserve is also expected to lift rates by 75 bps in July.

“As aggressive as the past couple of BoC actions may have seemed at the time, it’s time to turn the screws even tighter,” wrote economists from National Bank of Canada. “A 75-bps rate hike on July 13 won’t fix Canada’s inflation problem, not with labour markets as tight as they are.”

Scotiabank’s Derek Holt agrees. “75bps is done for July 13 from a markets standpoint, and I think they hike by that amount,” he wrote.

Yet, markets expect the overnight rate to reach at least 3% by year-end, or potentially higher.

“The key takeaway is that the Bank of Canada still has lots of work to do, with a 75-bps hike in July almost fully baked in, and we suspect another 100-bps of tightening to follow that through the remainder of the year,” noted BMO chief economist Douglas Porter. “Just like the consensus on inflation, the risks to that view seem tilted to the high side.”