“Now is the time for governments to govern and focus on measures that are proven to increase housing supply. The GTA population will experience rapid growth in the coming years as our region’s economic strength and diversity continues to attract people from around the world. In order to sustain this growth, we need adequate housing supply and choice. This needs to be the focus of policymakers rather than short-term and ineffective measures to artificially suppress demand. Evidence-based decision-making should inform government policies, and we encourage representatives at all levels of government to think big and act decisively to improve needed housing supply in a significant way,” said TRREB President Kevin Crigger.

Highlights are as follows:

“Competition between home buyers in the GTA remains very strong in most neighbourhoods and market segments. However, we did experience more balance in the first quarter of 2022 compared to last year. If this trend continues, it is possible that the pace of price growth could moderate as we move through the year,” said TRREB Chief Market Analyst Jason Mercer.

“Housing policy decisions and promises made in conjunction with the upcoming provincial and municipal elections will influence not only the GTA housing market but also the region’s overall economic competitiveness. Of particular importance will be the reduction of roadblocks and red tape associated with the development of more housing rather than trying to suppress demand which has been ineffective. Population growth is expected to be at or near record levels in the coming years. Demand for ownership and rental housing is not going away,” said TRREB CEO John DiMichele. 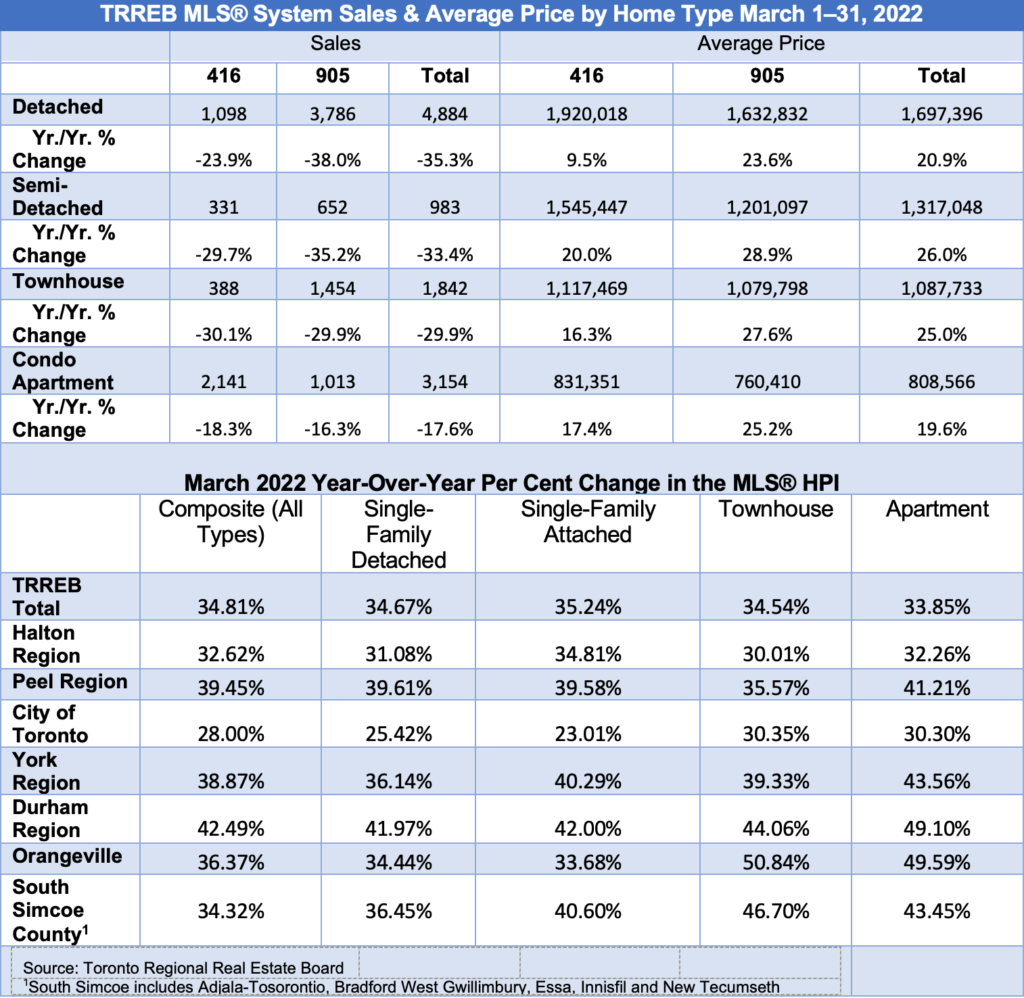 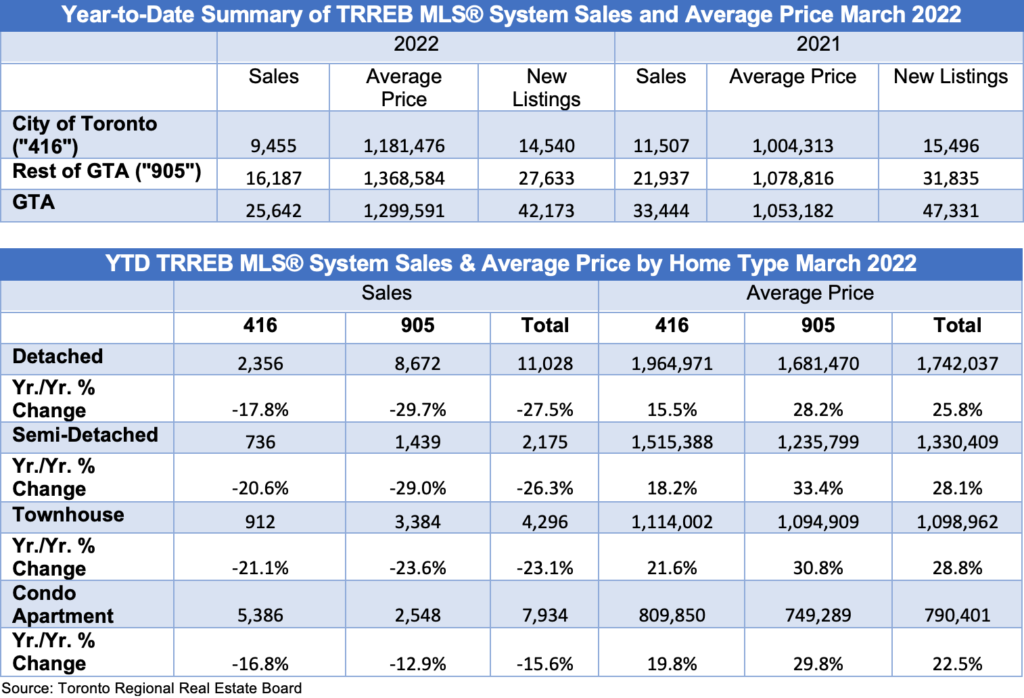